Brinzal gets the Generator Recovers the Sun 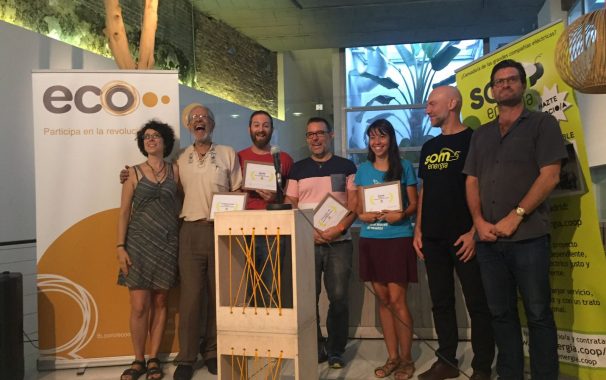 2018 it’s been a year of many joys, but we would never have expected anything like this. A month ago the Cooperative Som Energía Madrid, in collaboration with Ecoo and La Marea, invited us to participate in a second contest to obtain solar generator. After the great experience of the 2nd Ecoo Solidarity Solar Generator, from which we left more than happy, even without having obtained the prize, the news of the participation in The Generator Recover the Sun gave us a second chance. Despite being only for entities of the Community of Madrid, we did not imagine that our candidature would be able to win those very well-known and interesting initiatives such as Rainfer, Scouts Madrid or Creasvi Foundation, but life is full of surprises and sometimes they are very very nice.

The voting took place between the months of August and September, in which all the people that form the Som Energia Madrid cooperative, about 600, could participate. These people agreed to donate a solar generator to a charity initiative related to the environment. Som Energy is committed to recovering solar plants and changing the current energy model for a more sustainable one and thanks to them, now Brinzal can also approach that goal.

On the afternoon of September 13th, we went to the Gala for the delivery of the Generator Recover the Sun in Space Ecoo, in the Madrilenian district of Lavapiés. A few representatives of each entity surrounded by dozens of members of Som Energy, Marea and Ecoo, who explained to us the importance of their ambitious project to change the world, we waited impatiently for the verdict of the votation. After a brief presentation of each association and the viewing of the videos submitted to the contest, the time to know who was the organization was coming. BRINZAL! After a few seconds of disbelief, Alberto Foruny responsible for communication (and author of these lines), picked up the award visibly moved (I could not believe it).

The prize, as the name suggests, consists of the installation of a solar generator, consisting of 5 photovoltaic panels, which for Brinzal is an immense help. In my name, in the team and in each and every one of the people that make possible Brinzal, going through volunteers, practicants, partners and sponsors Thanks! 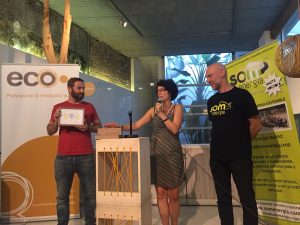