The first little owl chick appears on May 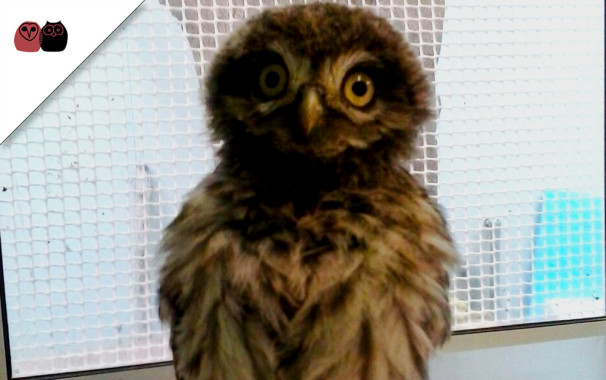 This small specimen of 114 g of weight appeared in Carabanchel, not far from our center. Unfortunately, fate played us a trick and the person who found it was on the way to Colmenar del arroyo, 70 km from our center. This fact did not stop the Ambowlance that was set in motion and picked the bird.

The little is now with her adoptive parents after spending 72 hours under observation. It has been necessary to hydrate it and feed it by hand. Luckily it’s a glutton! Now it will learn to behave like a wild Little owl from their new parents.

Although everything went well, from Brinzal we want to remind you that the fledgling owls leave their nests in the exploratory expeditions few weeks after their births, but their parents continue caring for them. Therefore, if the animal is not injured or not in a potentially dangerous place, it is best to leave it where it is.