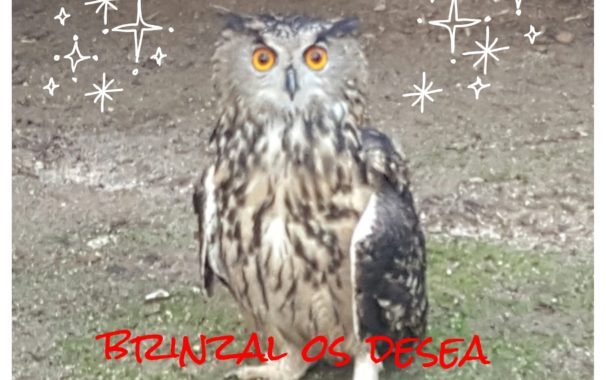 It’s a matter of hours for everyone to start the new year, so let’s make a small balance of 2016 a very interesting year in many ways, but really hard on many others, especially the economic. Also it has been aour 30 anniversary which we will celebrate very soon.

This year we have received 1314 patients from whom we have managed to release 367, a couple of dozens are awaiting to complete its recovery and be released earlier this year. We have given 405 animals to other centers and shelters. 69 chickens of barn owl (Tyto alba) little owl (Athene noctua) and scos owl (Otus scops) have been born in our facilities, which have already been released. Many of those released, up to 62, have been lucky to have the support of their godmother or godfather. We thank them for their support and their joy.

During 2016 we have taken several courses, photography, sexing and identification of raptors by plumage or ecology of nocturnal raptors. Some courses will be repeated in 2017 and we are already preparing some new ones.

2016 has been the culmination year of our AgroSOStainable project, where we have collaborated with hundreds of farmers with the goal of achieving a balance between farming and biodiversity. We also received the support of several towns such as Aranjuez, Ciempozuelos and Pinto in Madrid, Ontígola and Sta. Cruz de la Zarza in Toledo, and those of Quer and Villanueva de la Torre in Guadalajara. We finish the project with the installation of several ornithological routes open to those who want to walk and enjoy these environments.

It has also been a year in which we have participated in different fairs, such as the FIO in Extremadura, the Benefiscience in the space of the Tabacalera and of course the Madbird 2016, where one more year we were invited. All experiences were very gratifying because they give us the opportunity to show our work and see all the support we receive.

Another special moment was the Day of the Birds, where we worked out several activities with different groups of SEO and with city councils like the one of Pinto.

Throughout the year we have carried out the agreement with the Lafarge-Holcim concrete company showing his policy of restoration in his quarries to children. With the help of Canterín, the gnome of the quarry, we look for the animals that after several years of recovery of the ecosystem, have returned to inhabit the quarry of la Mesa de Ocaña. We hope to continue this work, because we love it.

Last but not least, there were 30 new volunteers throughout the year, some of them keep helping nowadays, and 32 trainees, without them aour labor would be impossible. Thanks. To those who remain on the waiting list, a little patience, as soon as we need more help we will contact you.

We hope that for all of you it has been a year with more lights than shadows and that 2017 continues allowing you to get all of your goals. Happy New Year!