A little owl on each olive tree, AIZA Conservation and Research in-situ Prize 2017 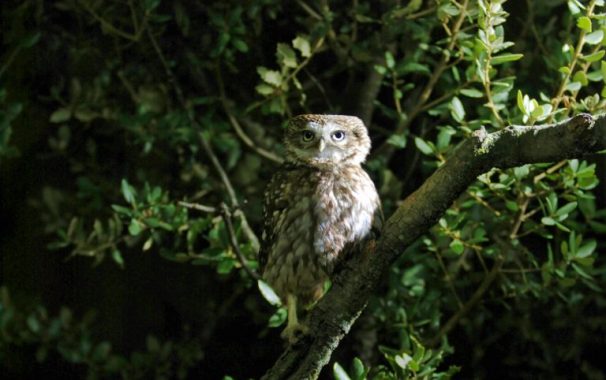 As you have already seen on social networks, the AIZA (Iberian Association of Zoos and Aquariums) has selected our successful project “A little owl on each olive tree”, which we have presented, together with the Zoo Aquarium of Madrid, the conservation and in- Situ 2017.

This project started in 2012 with the support of the Biodiversity Foundation of the Ministry of Agriculture, Fishing, Food and Environment, and was extended during 2013 with the main objective of contributing to the improvement of the population status of European little owl (Athene noctua ), Which have fallen by 40% in the last 20 years.

During the project period we have collaborated with a large number of farmers willing to change the way agriculture is understood and adapt it to the 21st century, with a more responsible and environmentally friendly management. In turn they have seen the benefits of this small specie has brought to their growing areas, getting more olive tree fields free from pests, as this nocturnal raptor contributes to a balance regulating populations of rodents and insects.

Since 2012 hundreds of little owls has been released in the Morata de Tajuña area mainly. An increase in their population density has been observed.

To this end, nesting sites were set up as nests and mounds, posts were erected and almond trees were planted to serve as hunting perches, as well as providing food for other species or naturalizing field boundaries, islands of vegetation and uncultivated areas, among other actions . These actions resulted in richer soils and healthier crops.

The achievement of this award allows us to continue with this project and expand its area of ​​action.

From Brinzal we want to show our gratitude to the Parques Reunidos Foundation and Faunia and the Zoo Aquarium of Madrid for bet on us and on the nocturnal raptors.