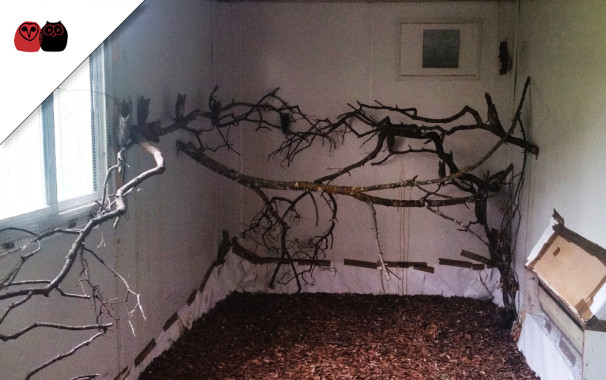 As every year, it’s been about a month since the smallest of the owls living in our country began its migration to Central Africa, we are talking about the scops owl (Otus scops).

The temperatures are going down and the nights are going cooler in Madrid, and these birds of pray, whose 75-100 grams is not able to maintain their body heat despite its plumage. On the other hand food shortages for an animal that feeds mainly on insects is crucial to undertake a long journey looking for good weather and abundance of the southern hemisphere.

The problem is those scops owls who have failed to recover from injuries in time to make a journey of thousands of kilometers and have to spend the winter in our center. For this we have fitted up a closed but well-lit facility that meets the conditions of temperature and humidity for these patients feel like they are in Africa.

Next year, once the winter has gone, they will go to an exterior facility, where they can exercise themselves to get ready to be released to find their own territory to breed and after that go to Africa.