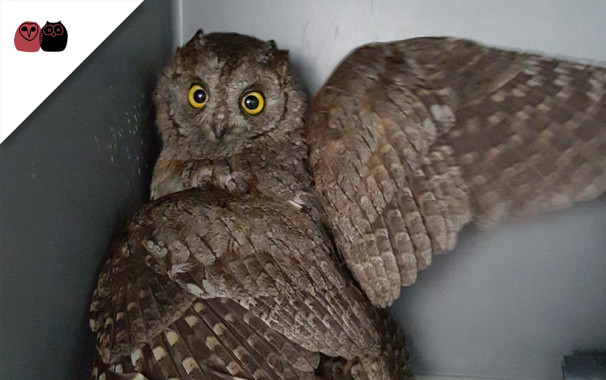 Spring officially began last week on schedule, and the very next day we had the certainty of the season change. We confirmed the entry of the first scops owl (Otus scops) of the year. We already had news of people who had heard them at night in Madrid, but now we are completely sure.

This little animal appeared stuck in the chimney of a garden barbecue. The poor animal was thin, dehydrated and of course completely blacked with soot. Keep in mind that this small raptor just arrived from Africa, traveling thousands of kilometers to breed in our forests and parks.

Once recovered from the shock and rehydrated, the scops owl is gaining weight and muscle and it will be released very soon for some godparent who wait patiently in the waiting list.